How To Recycle a House 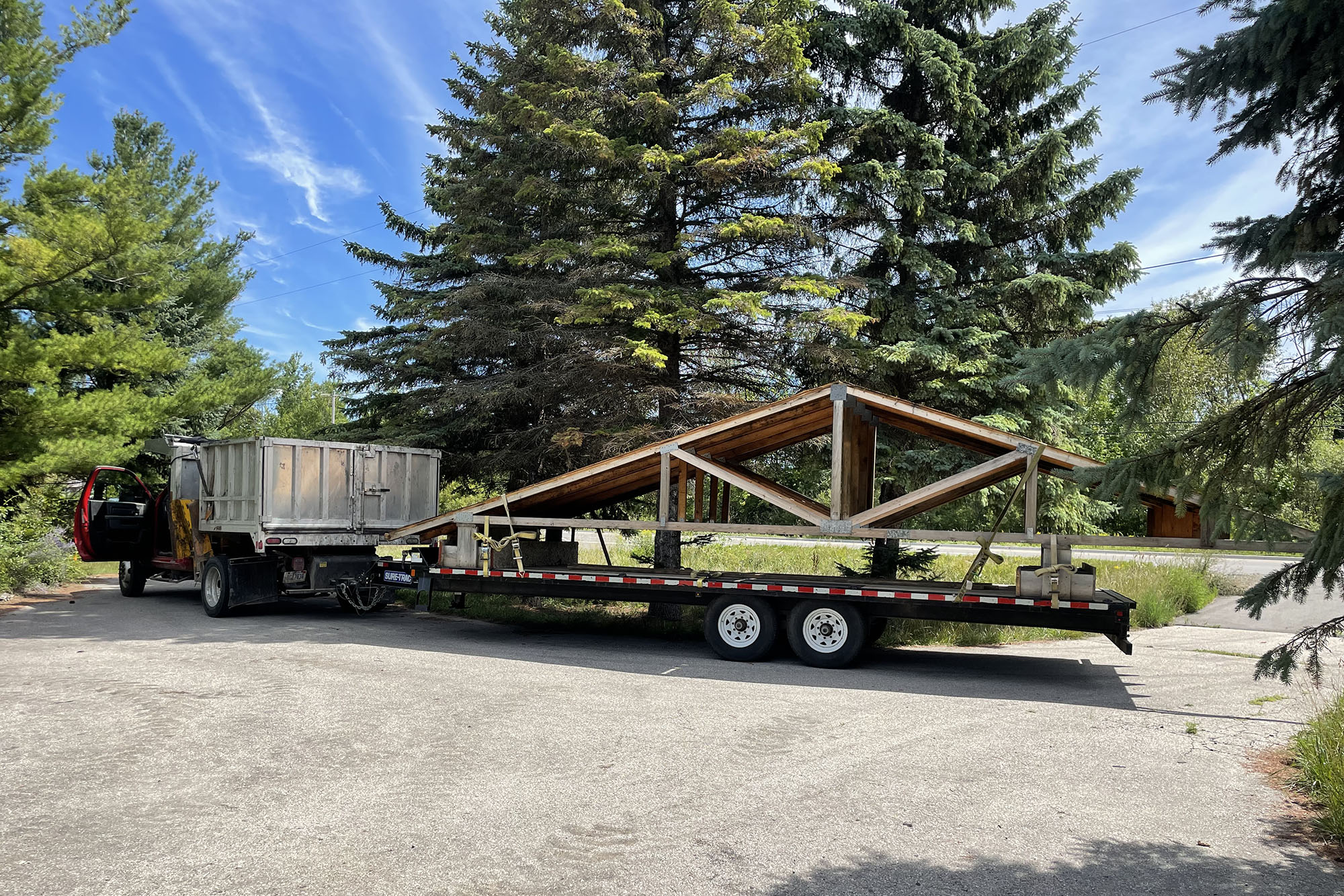 How To Recycle A House

Plastic bottles, cardboard boxes, junk mail, old newspapers, and magazines: These are just a few of the items that might land in your recycling bin on a day-to-day basis. But Traverse City’s Bay Area Recycling for Charities (BARC) has a more ambitious view of what recycling can be. Known already in northern Michigan for recycling hard-to-recycle items like mattresses, refrigerators, and electronics, BARC these days is trying its hand at a new challenge: recycling entire houses.

According to BARC Founder and President Andy Gale, the seed for the organization’s house recycling program – called “De/Re-Construction” – was planted several years ago in the midst of an office conversation. Fast-forward to 2022, and it’s snowballed into an initiative where BARC goes into “homes otherwise set for demolition,” salvages as much lumber, pipe, wire, and other building components as possible, and then uses those reclaimed materials to build brand-new tiny houses throughout the Grand Traverse region.

“A few years ago, a person that worked in the same office as me asked me if we could recycle his house,” Gale says. “And I thought, ‘Well, sure! I’m sure there’s something in there we can recycle.’ So we’ve done probably about 12-15 different buildings now, anywhere from the Frankfort Senior Center to many homes around the area. And for pretty close to the same price – or maybe a little bit more – than the cost of having a demolition company come in and just smash your house into a pile of rubble and then take it up to the landfill, we deconstruct the home and recycle everything we can.”

According to Gale, the average American produces 4.2 pounds of trash per day, which dramatically over the course of a lifetime. “If you take a calculator and start to puzzle it out, then after about 70 years, each of us has produced 100,000 pounds of trash,” Gale explains. “And that’s the average weight of a house. So, if you demolish one house, it doubles your footprint for your lifetime. All that electrical wire, and all that copper plumbing, and all that wood, it all winds up in the landfill. So, people start to see those numbers and they think, ‘Well, let’s recycle.’ And we can help them do that.”

Just how much of a learning curve is there to get a recycling nonprofit into the construction business? Gale, at least, had a big head start: His dad was a carpenter and a general contractor, his college degree is in construction management, and he spent 20 years in the construction industry before developing a passion for recycling. That knowledge and experience helped Gale establish a “small construction crew” within BARC for the De/Re-Construction program, though the organization still works with outside teams – including experienced general contractors and local teens involved in the YouthWork AmeriCorps program – to lend a hand.

Together, the BARC crews work to deconstruct homes. Sometimes, the goal is merely to salvage the (many) materials from a structure that might be in good enough condition to reuse. That list includes lumber, tile flooring, roofing material, windows, doors, countertops, toilets, sinks, vanities, light fixtures, and more. On average, Gale says about 80 percent of a home can be recycled. Those materials then either go toward new houses or head to BARC’s resale store in Kaleva.

Other times, a customer might wish to keep a house mostly intact, but to move it to a new location. About a year ago, for instance, BARC was working on taking apart a house on Hammond road when it was contacted by real estate agent who wanted to buy the home and move it to a new spot.

“This woman, she was wanting to build a house and she came to us and said, ‘Hey, if we put the windows and the doors in a different place, I could live in this 1,500-square-foot house,’” Gale says. “So we brought an architect in, and he drew it up so that the house is a little bit of a different shape than it was before. And then we basically took the house apart in about 20 pieces to we could transport it to the new spot. We put in a foundation last winter, and now we’re putting the pieces back together.”

Beyond just cutting down on the amount of material entering the waste stream, Gale sees house recycling as a way to combat three key shortages currently facing the region: the construction trades labor shortage, the building materials shortage, and the housing shortage. Moving and reusing entire pieces of homes, for instance, saves some labor on the construction side, while buying a recycled lumber package from BARC would cost approximately “half the price of what the going rate of lumber is right now,” per Gale.

As for addressing the local housing crisis, Gale notes that BARC has mostly been working directly with homeowners and buyers so far, but wants to be more proactive and intentional with the De/Re Construction program in the future.

“We’re working right now on getting some of our own property so that we can just build [tiny houses] on spec,” he explains. “Our goal is to create affordable housing for workforce, affordable housing for veterans, and for the homeless. I really want to have a mission behind this De/Re Construction idea that’s going to allow us to inspire people to want to work with us.”

Another idea? Taking what BARC has learned on this front and teaching other organizations to adopt similar initiatives, so that the impact reaches farther and wider than one entity can reach alone.

“We certainly don’t want to be the only ones out there doing this, because we can only scale so far ourselves,” Gale tells The Ticker. “So we definitely want to teach people how to do it. Having workshops is one of the things we’re considering: Just letting people come in and work with us on these things, because that would help a little bit with the labor and a little bit with the training. But we are still in the early throes of figuring out how to do that right now.”

Plus, if house recycling really caught on, Gale is convinced it could make a big, big difference for Michigan’s environmental sustainability.

How To Recycle A House By Craig Manning

Article reposted with permission from The Ticker

Sign up for our newsletter to learn about our programs, happenings in our community, and volunteer opportunities.